A FRIEND .. put up a link to  mental health

on facebook.  Having someone to talk to, yet feeling secure is a problem that has arisen out of  social media. While I consider her action brave asking for support, I'm aware that this problem is related to finding worth through twitter and facebook, instagram. So for me I would say keep on feeding your self worth. .more than your socialfeed.

The London Peace Prize is a resident-based award given to a person whose life's endeavours have contributed to enhancing understanding and neighbourliness. Nominees are chosen from people who have made invaluable contributions to their community, people who have seen the need for change and have become that change through the lives they affect.  Charlie Wiseman founded the award as a culmination of years of working with disadvantaged and homeless people worldwide.

From his work in Australia, with Aborigines on Ayers Rock, to street girls in Recife, Brazil, Charlie Wiseman has consistently consorted with the vulnerable and least able to support themselves, offering drama, writing, acting and short film which is no doubt why his work has been hailed by some of the iconic women of our age, Uta Lemper, Henrietta Garnett, Isis Olivier, Sabrina Guinness all of whom helped find funding for projects.

Charlie is also one who does not ever sneer at women, which is why his first work with Grassmarket Project, MAD, led Sarah Kane to remark throughout her career as a dramatist saying that she knew what she wanted to do after watching Grassmarket's work. Also it is why his counterpart Laura Hymers has  been keen to lead as Editor-in-Chief of the Wand Arts Review, with her poets, painters and Isis Olivier's collaborating on theatre play Little Sisters, their latest work in which vulnerable street women were invited to watch the performance, a satirical game show called Big Sister.  The play likening the, now regular fixture, Big Brother to a gladiatorial competition where the women are voted back or evicted onto the street, which Kate Smurthwaite was so impressed by that she has also performed with them while actor Timothy West filmed scenes that were projected alongside those of Kate and the evicted women.

Even early days at the Berliner with his 'Jungle of Dreams', and advising on British writers, or at Battersea Arts Centre, he attracted praise from  some of the biggest feminist icons such as Jude Kelly, who having moved on to the West Yorkshire Playhouse allowed him to discuss his work with the homeless. 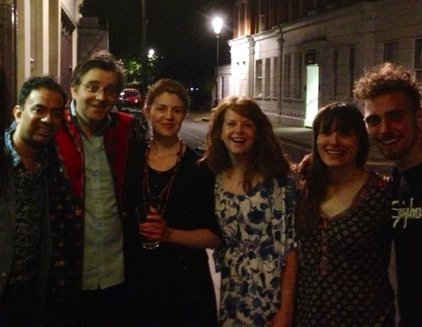 Perhaps it is something he has in common with Jon Snow, a man who celebrates the feminine in himself.  Charlie sees Jude interacting day-in and day-out with her husband at events at Southbank where she  is Artistic Director and founder of the Being a Man Festival and its precursor Women of the World (which will return to the Southbank this year in March).

Both Laura Hymers and Charlie Wiseman are avid followers of the Southbank, as witnessed on their latest blog and are looking forward to reporting on  Women of The World and hearing Malala speak.  A new project for them is Everyday Superman Project which they hope will encourage men to continue discussions started at Being a Man Festival  and unite their aims of spreading peace through community action and respect for the changing roles of men and women, so many of whom still live on the frontiers of fear that divides.  One such project is combining the work of Isis Olivier's  'Maps of the Body' with the representation of homeless women characters on stage in feminist play Little Sisters, which they have further developed into Lucia Strata, which they are touring and taking to Edinburgh this year.  Key to their work, London Peace Prize, Wand Arts Review and Lucia Strata are the need for collaboration  and generosity of spirit.    They wish to highlight the need for redefining the roles of women in the world by  waving an artistic 'wand' and creating harmonious interaction between the sexes to deliver art, poetry and writing that crosses cultural and gender boundaries. 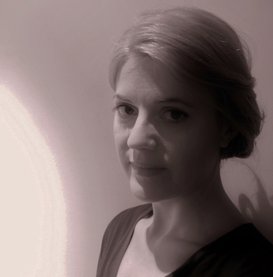 The continuous process of communicating is what breaks fears, which is why the humor of Kate Smurthwaite or Jude Kelly inspires and why  it is so important to be open to new ways of working and new ways of thinking.