This piece was written after the spectacular preview of Little Sisters which astonished at Chelsea Theatre on 13th July.

To my amazement after trying to direct a women's play I found that I was willing to give some directing to Laura Hymers to see how she would   communicate with the actors Jennifer Oliver and Victoria Walsh in  an intimate  feminist way. I was moved to tears when attending the  last two days of rehearsals that what I had envisaged was more than fulfilled.

To  Jennifer the vision of the homeless through 'Invisible People' on Youtube meant much, while for  Victoria the power of understatement, portraying a woman who is  reserved and cautious, but reveals unexpectedly her deeper emotional force of personality later, was key.

Tarquin,eldest son of Lord Olivier turned up with his wife Zelfa in the afternoon and was truly gracious and supportive which was nice as we were having technical challenges that flew in the face of our wish to simply put on accessible theatre for the street. Having worked in Berlin, where  People's Stage puts on real dramas of ordinary lived lives it is hard to return to stuffy period dramas, that are  commonplace on London stages.

Little Sisters, which was developed out of my play Big Sister,  is a women's piece; the crimes men commit, and how tough homeless women can be, nonetheless, are is at its heart. Even if I had continued directing I couldn't have brought the actors Victoria Walsh and Jennifer Oliver so unexpectedly, compellingly together in such a self-controlled intuitive way as director Laura achieved. Laura is, it might be noted, a force majeure. I don't use that word flippantly; it has a legal definition referring to when a contract cannot be fulfilled due to unforeseen circumstances, forces beyond human control. However I appreciate the meaning 'superior force'suggests referring to people who are beyond ordinary.A kind of lightening bolt that might have knocked Henry Miller unconscious in his Cubist, sexist and some, conversely, sexy moments when chasing Anaïs  Nin is how I see the play. 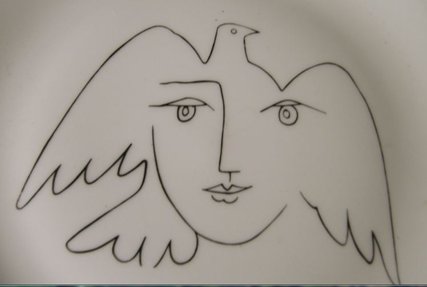 Nin somehow maintains dignity: before exploding into the artistic scene, a force of nature. She it may also be noted was in therapy to learn to trust her intuition and escape the strictures of Freudianism and overcame her psychical problems at last by writing.

Where was I? O yes, Laura, was codirecting the exciting new piece about homeless women who are in a house they are trying to win. It appears they might win the keys to the house, but an audience of tv viewers can vote them back on to the street. Kate Smurthwaite feminist comedian in fact did a scene as Big Sister's Little Sister,  as in Big Brother's Little Brother, to interview the dysfunctional and awfully vulnerable women who are taken from the house by taxi to a street corner where they are dropped back  in to their obscure life..

Is Eros comfortable when women fly? Autonomous,   rather than being  vulnerable, victims who do not understand how to stand up for themselves til a strong man comes to aid them. Perhaps even Freud was limited by a sense that a woman needs a man's guidance or her power as life‐giver is too great. Recently in a documentary it was revealed that the Professor had   told Prince Philip's mother's doctor "to give her ovaries X‐rays to  overcome her insanity".