LIGHT OF MY EYES

Daniel Holmes has, after his successful Kickstarter campaign, been making what promises to be an remarkable effort to reach into a unique world that while recognized and autonomous is all too often feared for its complexity.

People with synesthesia can taste shapes,hear colour and even see sound," director and writer Daniel Holmes tells me as we meet to discuss his latest film. Welcome a voyage of discovery, edgily straddling the divide between realism and fantasy.  As we are talking I start to feel like I am attending a philosophical seminar, of the most bewitching kind.

"I was first made aware of the condition while listening to the introduction to Pharrell Williams N.E.R.D album, 'Seeing Sounds', in which the musician describes what he feels and sees. It inspired my first ill-fated attempt to make a film five years ago," he explains.

"I wanted to take the opportunity to create unique cinematic combinations of colour and sound. The colors bloomed around him and that image always lingered with me."

So let's step into this ocean of experience at least to paddle our feet, tread the road less travelled, highlighting work that is extremely imaginative and so inevitably less mainstream, or as poet Larkin once put it, made for "The Less Deceived".

Referring to the moments in Krysztof Kieslowski's Three Colours: Blue where Juliette Binoche's character sees flashes of blue, whenever she hears a particular piece of music, he goes on to say "It is never explicitly stated whether or not the character has the condition, but these moments were powerful and they awakened the potential of all that synethesia has to offer to the medium of film."

Daniel Holmes' new film is an experience that makes most film-making seem palid and grey. Maureen Seaberg,  author of Tasting the Universe, for example, had already written on it in Psychology Today. The most basic question an artist might ask is what is real, because the spiritual aspect of redefining that is the privilege of Art. "When two sensory experiences combine they form a totally new sensation." Daniel explains. "They transform ordinary activities into extraordinary experiences."

There are many varieties of  synesthesia, about sixty types in fact, thought to exist, but only a few of them have been studied by science, which seems pitiful as the notion they embrace suggests a lot of research into the nature of reality is skewed in a way that most are baffled by and perhaps afraid to embrace."Visions of colour are particularly powerful and common in synesthesia. As I conducted my research I became  interested in the personal effects that a person's kaleidscopic built‐in world would have on them. There's lot to explore in their relationship with the outside world." "When I first heard of the ability to see sound I was struck by the cinematic potential, " Daniel goes on.  "Combinations of sound and image are boundless," he enthuses and I see why he is keen to raise money to do justice to the potential revelation a film might be.

The film includes the work of David Holmes, who has been described variously as 'psychedelic funk, Northern soul and hip hop'; he ran a club in Belfast that Orbital played at, inspiring their track 'Belfast'. Considering Daniel has involved David Holmes, one of the most respected musicians in Belfast, the film is set to be a short work of real promise. 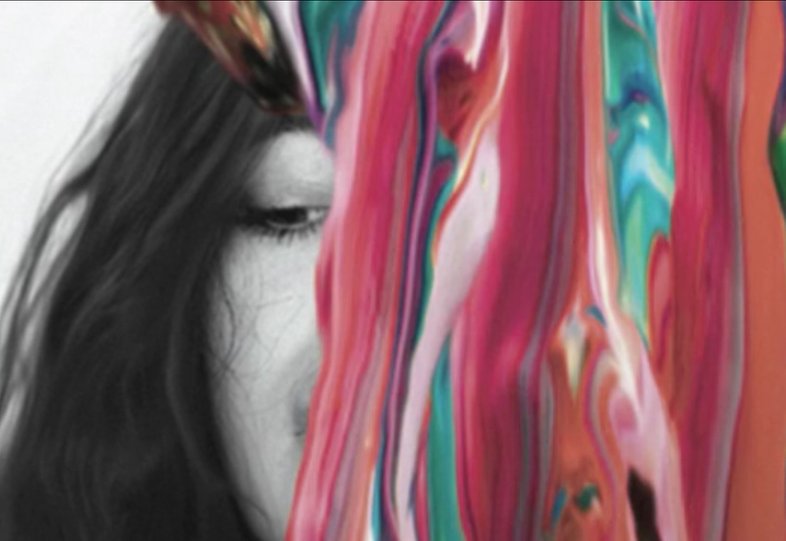