PETITION TO THE PEOPLE'S IMAGINATION

I first met Jude Kelly when I was at Battersea Arts Centre in my youth. She had already achieved a status as the woman who had turned the old Battersea Town Hall into a very popular arts centre and was running West Yorkshire Playhouse where she had invited me to do a reading of a play I later put on at the Berliner Ensemble, 'Jungle of Dreams'.  Some time after that I remember reading that Jude had been nominated to head the National Theatre.  This was before her appointment as Artistic Director of the Southbank Centre in 2005, where she has gone on to found the Women of the World Festival (WOW), now in its fourth year.

"It's almost the only place I can think of in the world which is stepped, almost like a mountainside, with wonderful views"      is how Jude described her feelings at being in the Southbank Centre. "So you feel like you can stand on top of the world." A very romantic picture to formulate of art as a refuge from an unromantic, violent world.

"There is something about sharing physical landscape and the symbolism of congregation” Jude     enthuses and I am reminded of my gratitude to her for a long, meaningful, artistic friendship. Some say that her father instilled in her a sense of belonging and a wish to prove herself.

"The history of the site has always excited me." she explains and indeed a similiar sense of nurturing and cosiness envelops us as we step inside the Royal Festival Hall, which is wonderfully warm and joyfully packed with people celebrating the weekend long 'Women of the World' Festival.

The festival, as always, is internationally attended and as I  return for yet another year, with  family by my side, I am once again struck by the generosity of spirit and diversity of the programme.

On Friday it coincides with Women's Day and on Sunday with Mother's Day, so I am not surprised that a bubbling Helena Kennedy comes up to my mother and exclaims "What a great way to spend Mother's Day" upon which I tell her of friend, Angela Neustatter's book "A Home for the Heart",  which interestingly features a quote on the back cover from Helena herself, that sings Angela's praises:  "Angela is one of our best social commentators."

Then my mother gladly meets old friend Jude Kelly whose brainchild the whole festival is.

"Is it true that we come alive not once but many times?

These words from "The Second Life" by Edwin Morgan are being read by poet Lemn Sissay in his introduction to the latest short film on display in the Festival Wing where people are gathering and meeting friends and catching glimpses of the buzz surrounding the WOW talks.

I am reminded of what Shobana Jeyasingh said about the place: "My first memory of London was also my first memory of the Queen Elizabeth Hall and actually it opened my eyes to London as an incredibly cosmopolitan and open place."

For Arun Ghosh, clarinettist and composer, "the beautiful thing about the Purcell Room is the sense of intimacy, it is a very pure place to play in but when full it feels like it's bursting to the rafters."

Baroness Shirley Williams remembers well when the Southbank Centre started in 1951: "It was a remarkable thing, and people looked at it and thought " we are starting again; this is just wonderful, the seeds are flowering."

Interestingly the Southbank Centre is currently in a time of expansion with a twenty million pound government grant to start the intended refurbishment and the new pavillion of spectacular looking glass and I wonder what  this will do for the intimacy of the space. Although undoubtedly it will open up possibilites for ever larger and more internationally significant  events like WOW.

Considering the Festival Hall began its life so many  years ago it is hardly surprising that  it now needs renovation, as well as improving accessibility for disabled individuals, such as choreographer Celeste Dandeker who describes needing "a ramp to get up on stage so that it is then very difficult to get off again."

I am delighted by the Women of the World Parliament on Sunday. The panel open the discussion out to the audience, who they introduce as "the commons" while Sandi Toksvig acts as Speaker.  One question raised is whether women should be more involved in government, with someone suggesting, say, fifty percent in empty seats or generally. Proceedings progress as the motion is voted in and other speakers, Shami Chakrabarti, Director of Liberty and Catherine Mayer, the Europe Editor for TIME, continue enthusiastically so that it becomes clear we are starting a petition, which if it reaches a hundred thousand will force the matter to be debated in Parliament.

Someone astute in the audience has suggested women might not want to be in Parliament!  I am left wondering about it, as Sandi jests, after an extended, well timed comic pause, "You mean we have better things to do".  The uproar of satiric laughter that follows could not be more damning.

Women of the World returns to Southbank Centre this March. 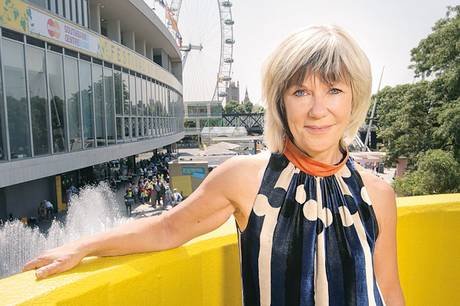