A visit to mycologist Begona Aguirre-Hudson and Angela Bond at Kew's  world-famous as well as oldest Fungarium delivers a punch of humour when Begona starts by introducing the zombie fungi, cordyceps sinensis.

Also known as caterpillar fungus, it is  parasite of aptly-named ghost moths that mysteriously takes control of the caterpillar's body. It survives at altitudes of 3500 metres, in meadows of the Himilayas of Sikkim and Nepal. Paradoxically although it monstrously mummifies its victim, it is used in    Tibetan medicine,  as this enables it to stimulate enzymes, which is a catalyst and provides a signal, all related one supposes to apply medicinally to overcome physical collapse or  entropy. Hypha is from the Greek word for web. Webs are what we see above ground of bvisible to the eye. Enzymes are macromolecular basically one has  to understand is that life evolved by single cells joining togehter, so colonies of cells are  what we are  composed of. Yet it takes  thousands of single atoms-atomos in Greek means indivisible..which as enzymes together act as  biological catalysts joining monomer molecules. Like government wants to combine monomer - monomaniac - monotenous politicians into active joining forces, so-called polymerization. It  might inject  zombified minds of isolationists with enzymes to enhance combined minds. Leading to peace of mind.. If we listen to believe it Russians are injecting zombified minds,  ghost moths' minds   - with hypha, Greek for web, so  the internet with misinformation.  Hyphae are also the branching filaments of a fungus, its fingers...tapping away into our minds' keyboard.

Most walls are of the septum, i.e membrane, or tissue kind that divide.

So inevitably a Russian mycologist has to be employed at the Botanic Gardens of Kew. As a double agent he can hopefully reveal how zombified minds spending too much time on the web can be reactivated.  Perhaps Carl Linnaeus  could identify the zombi fungus or take Oblomov as a new species, of a  lazy  form of megatherium, giant ground sloth,  thought extinct. Sleepers in society are paradoxically very active when awoken. Begona is also a lichenologist with a PhD from the University of Reading, who might share and infect him with her  vast knowledge.

It is worth noting that the Victoria and Albert has a big exhibition on Videogames: Design/Play/Disrupt that includes a game based on Ophiocordyceps unilateralis, the zombie-ant fungus. The Last of Us is a monster of video game world. Deep in the jungle of Brazil.  it seems to exhibit the ability to take over the body and then mind of the  carpenter ant. It can be found exactly 25cm above the forest floor with its jaws clamped around a leaf. Its body is drained of nutrient and like the zombie fungus it sends a long  stalk out of the host  of a dark melanin colour. It may have started as single cells in the bloodstream but these are soon budding off copies, replicating themselves and send off tubes called CATs (conidial anastomosis tubes)  cooperating and making a superorganism that somehow changes the behaviour of the ants. 'Microscopic and brainless cells can corrupt and commandeer the   brain of larger creatures.'

Eukaryotes depend on a nucleus and cell membrane, while the  prokaryotes   are singlecelled including  geysers that contain this brightly coloured life forms and are also called archaebacteria: living in conditions under which it is thought life first evolved millions of years ago.   Extremophiles include conditions such as extreme heat, hyperthermophiles, or high salt content, as halobacteria. Halophiles means extreme salt-lovers., high pressure, or those that live in the oxygen-free mud of marshes, or inside termites, cow's intestine and marine life, called methanogens. There are actively-venting beehive chimneys of calcium carbonate, in the Lost City under the Atlantic Ocean where hyperthermophiles live in thermal vents, as well as contrasting black smokers. Due to the extreme conditions they inhabit archaea have rarely been produced in labs and so what the cells look like and how they metabolise nutrients is largely unknown. Molecular analysis is used to detect their unique DNA sequence. There may be no pathogens, and  evidence is still lacking of their role in geochemical cycles, although marine archaea are able to carry out nitrification a recent study shows, important to the nitrogen cycle.

Evolution between eukarya and archaea is an important challenge but the discovery of archaean-like genes in certain bacteria, thermatoga shows them thermostable at high temperatures making them useful in industrial processes, like chemical and food insdustries. It is conjectured that this  shows a possible  fusing of an archaeal  cell  and a bacterium that became the nucleus and cytoplasm of a eukaryote. It  is  fungi as collected by Kew since 1897  that are showing themselves to be most amazing of all. Plastics may be broken down in future by them. We associate fungi entirely with harm to life, when in fact it is emerging at the oldest ancient Fungarium at Kew Gardens that they essential for our digestive system, yeast for bread and alcohol, helping us to forget how little we know. So how would you like to live in a world without?    The need for fusion of humans at higher temperates will  require togas or thermayoga.  The animal kingdom is closer to fungi than the plant kingdom. The membrane of a cell wall is more like the walls we pass.

The Chinese are the only other nation to have shown interest in fungi, in fact since thousands of years, in particularly mushrooms.

Yin and Yang that allows us insight into dark and light show a comprehension of paradox and polarity. 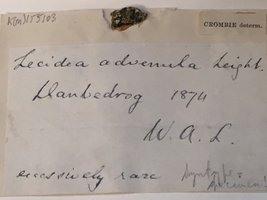 Lecidea advenula, as found 1874, early mycologist Leighton, marked 'excessively rare', darkness as high melanin content which protects from uv-rays as well as strengthening the hyphae; advenula on mountains because of need for moisture. 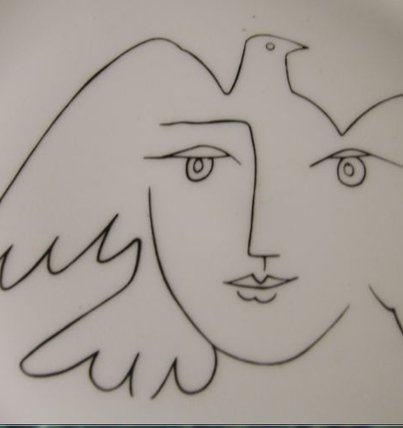 "Vagina envy, " he felt she only thought the words vacantly, with open mind and they imprinted in his mind; like a printing press stamping, they were in his mind and the scent or parfum of the illustrious woman who seemed embarrassed by his stupidity filled his nostrils, as she swooped like a swallow to continue her flight, as though he was no more than a passing thought or bug.

"Don't appear to look at her fig," he told himself scientifically as he fell, vaguely remembering a passage by Henry Miller.

Where was I? O yes, Laura, was directing the exciting new piece about homeless women who are in a house they are trying to win. It appears they might win the keys to the house, but an audience of tv viewers can vote them back on to the street. Kate Smurthwaite feminist comedian in fact did a scene as Big Sister's Little Sister,  as in Big Brother's Little Brother, to interview the dysfunctional and awfully vulnerable women who are taken from the house by taxi to a street corner where they are dropped back  in to their obscure life..

Is Eros comfortable when women fly? Autonomous,   rather than being  vulnerable, victims who do not understand how to stand up for themselves til a strong man comes to aid them. Perhaps even Freud was limited by a sense that a woman needs a man's guidance or her power as life‐giver is too great. Recently in a documentary it was revealed that the Professor had   told Prince Philip's mother's doctor "to give her ovaries X‐rays to  overcome her insanity".