Laura Hymers is  a writer and fine artist. She is Artistic Director of Morpheus Under Ground, a theatre and film production company that provides a platform for new writing  emerging from workshops around the themes of dispossession and displacement.  She is also a playwright whose work explores  dreamweaving, the modern fairytale, earthing and unearthing of the fantastical in everyday experience.

Morpheus work with homeless charities and aim to  run workshops with homeless individuals  and disadvantaged young people  to create a space for real experiences to be explored through performance and writing. Accessibility and generosity of spirit are the defining characteristics of their work.  With this in mind they opened up the theatre in July to invite  homeless people in to see Little Sisters free of charge. People for whom watching theatre is not an available possibility.

Laura has a background in theatre as an actor, and has been commended for   portrayals of Shakespeare and inventiveness in creating characters within devised theatre projects. She recently played the part of a Pianist in a film screened at the National Portrait Gallery and Lady Anne in Shakespeare's Richard III at the Lion and Unicorn Theatre.

She collaborates with Charles Wiseman who has worked extensively with the homeless in Berlin, Paris, London and Edinburgh. His work originates in the pioneering Grassmarket Project, in which he was a key instigator for change and widening participation.

'The  Work of Charlie Wiseman and Laura Hymers in theatre for the dispossessed, as well as charity, is unique, daring and exceptional. '   Irving Wardle (Independent)

'Charlie's work for the Grassmarket Project enabled it to develop around Europe and further, first by being at the centre of the wheel when it involved People's Stage, Berlin, involving homeless from the streets. Our work has run parallel, innovating and changing forms' Jeremy Weller, Grassmarket Project Artistic Director 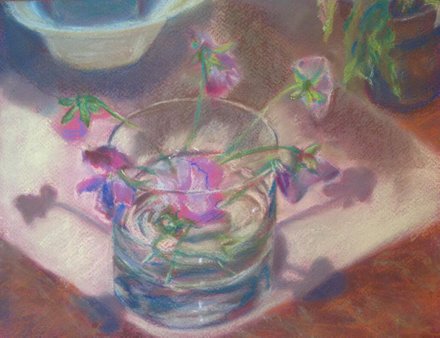 Charlie Wiseman is a writer and works in theatre, both as producer, director and scriptwriter.

As he says, "the ups and downs of working with the homeless is tempered by the joy of knowing you change a life here and there". One such example is that after raising funds for their work at the Berlin People's Stage (which has become the best known in Germany and winner of many awards), the homeless performers went on to form an ensemble that continues to this day. Not least having won an Academy of Arts Prize. This emerging ensemble still plays and tours and has developed into something of a cult, so that countless of today's theatre graduates aim to start their careers by directing a play with this innovative group.

Charlie has, over the years, been involved in a number of avant-garde theatre projects, travelling from New York to Brazil and having been invited to Paris, London, Dublin, Berlin and Moscow with an ensemble of homeless actors who were given the opportunity of playing themselves on stage. They toured Europe, where Charlie used his extensive modern language skills as translator, including French and German, to help mediate communications between actor and director and enable the actors to express their authentic experiences, a unique and cutting edge aspect of the rehearsal process.

He went on to work at the Berliner Ensemble, write for the Guardian and Evening Standard, as well as accompanying  events  of  Bettina Jonic, (a singer and writer whom  Bob Dylan has praised) at the Albert Hall Scott Rooms and he later worked at Young Vic.

In 2011 Charlie started the London Peace Prize, an annual award dedicated to commending the work of an individual who contributes actively to arts projects within their local community. The charity also works with homeless charities and on community engagement initiatives and has received financial support from Waitrose and support from renowned people working within the Arts, including Jude Kelly, Artistic Director of the Southbank Centre and the actor and President of LAMDA, Timothy West CBE.

We welcome applications for internships.  Unfortunately we are unable to offer expenses as we depend on voluntary support to continue our work.  Please contact the editor, Laura Hymers by emailing Laura@thewand.org.uk for more information.

We welcome writers, poets and artists who are interested in contributing to our publication.

We are currently accepting submissions for the Spring 2014 edition of The Wand Literary Review.  All submissions should be emailed to marla@thewand.org.uk for consideration.  Closing date: 5th March.